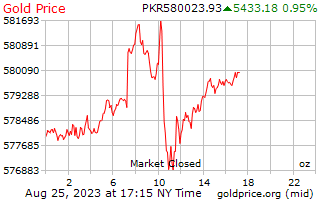 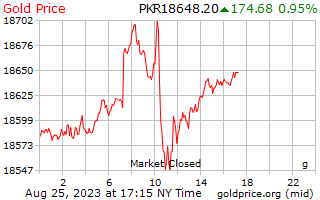 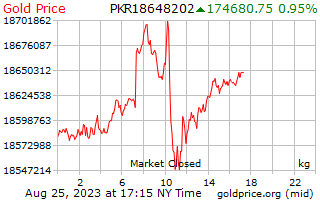 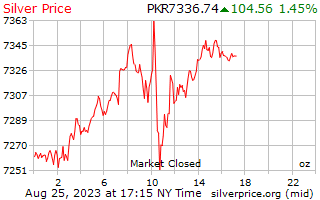 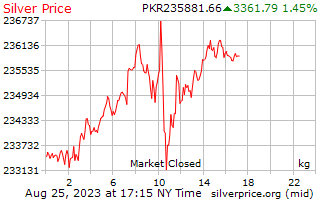 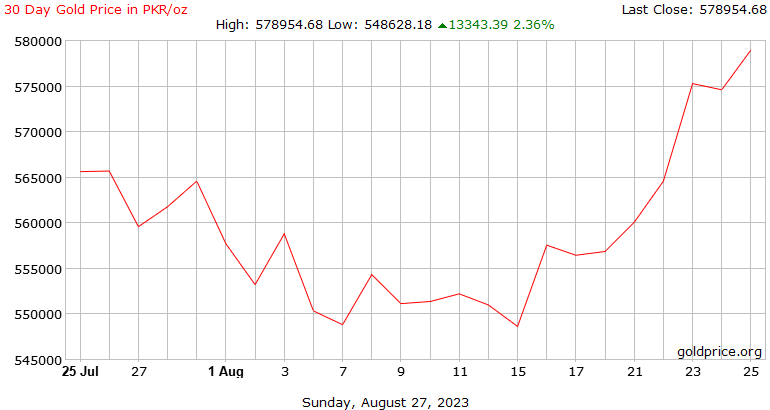 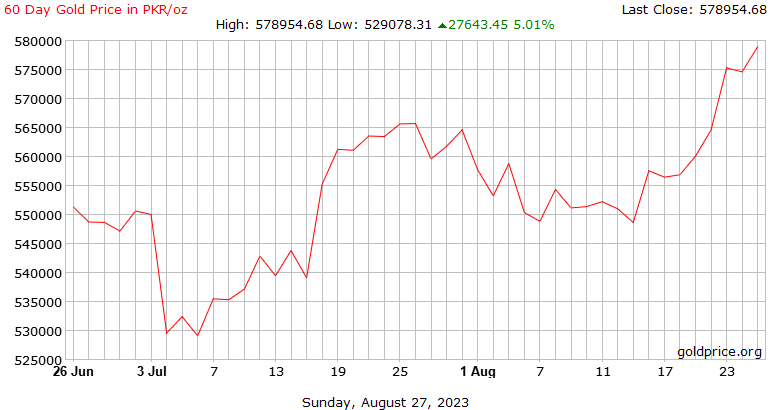 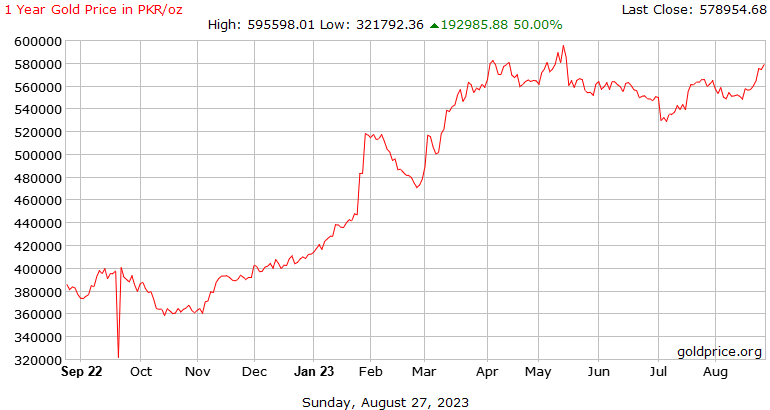 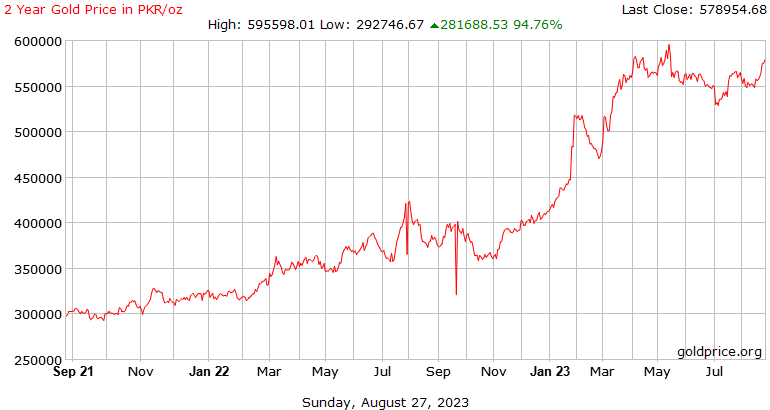 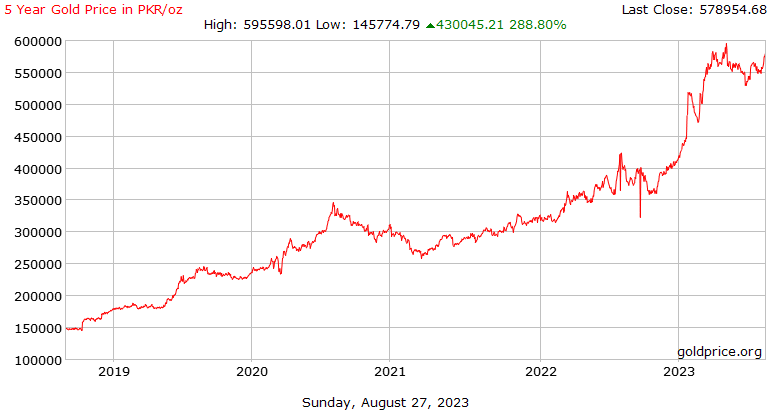 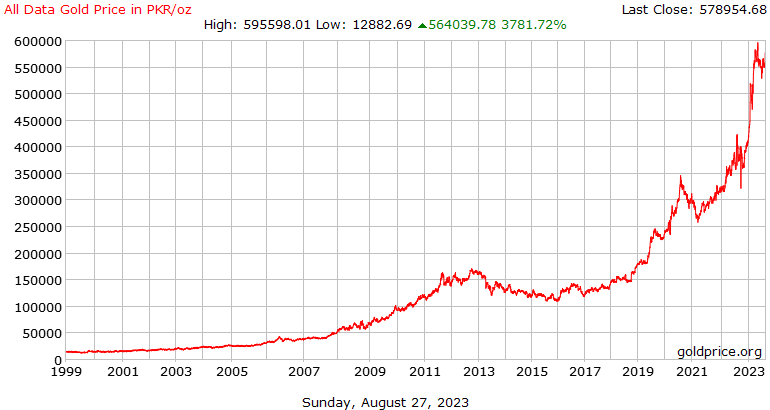 All Data Gold Price History in Pakistani Rupees per Ounce

Pakistan is officially known as the Islamic Republic of Pakistan. The country is one of the most populous in the world, with a population of approximately 208 million people. The country has a land area of over 340,000 square miles, and has an expansive coastline along the Arabian Sea. The capital of Pakistan is Islamabad and the nation’s official language is Urdu. A number of other regional languages are spoken as well, such as Khowar, Balti, Saraiki and Punjabi. The nation’s government is a federal parliamentary constitutional republic.

The official currency of Pakistan is the Pakistani Rupee. The rupee can be spelled in numeros ways in the country, and large amounts of the currency can be counted in large values such as thousands, lakh (100,000), crore (1 million), Arab (1 billion) and Kharab (100 billion).

The Pakistani Rupee was introduced in the country after the dissolution of the British Raj in 1947. The country originally used British Indian coins and notes that had “Pakistan” stamped on them, but the following year introduced new coins and banknotes. The currency was eventually decimalized in the early 1960s, with the rupee being subdivided into 100 smaller units called pice. The country has not issued coins denominated in the smaller units since 1994.

The central bank of the nation, the State Bank of Pakistan, is in charge of issuing and controlling the country’s currency. The central bank became nationalized in 1974, and at that time saw a large increase in its responsibilities. The bank is headquartered in the Pakistani financial capital of Karachi, and has numerous branch offices in various locations.

If you are looking to buy gold or simply get a price quote in Pakistan, spot gold prices will likely be quoted in the local currency. Quotes may also be available in other global currencies such as U.S. Dollars, Great British Pounds, euros or Japanese Yen. Prices for the metal are typically quoted by the ounce, gram, kilo or carat. Other local units of measure may also be used.

The mining industry plays an important role in Pakistan. The country has deposits of several minerals including chromite, coal, copper, mineral salt, bauxite and gold. Both gold and copper deposits are known to exist in Reko Diq, and the company that owns the field has reportedly targeted initial production of 300,000 ounces of gold per year.

Demand for gold in Pakistan comes from two primary sources: Jewelry markets and investors. Overall demand in the nation represents only a very small portion of global demand, however.

Gold can be bought in numerous forms for investment purposes, including in bullion bar and bullion coin forms. Collectible gold coins may also be an option, and sometimes even gold jewelry is viewed more as an investment than simply an adornment. The metal has long been considered a reliable store of wealth and value, and has a history as such dating back thousands of years. The metal not only has tremendous potential for price appreciation, but may also be useful as a hedge against inflation and weaker paper currency values.